Python 3 is enabled by default in version 2.1. See the changelog for more.

Welcome back. Last time we started our look into all of the new features that have landed on our stable branch since the previous stable release in May. In part two of the series we’re contiuing our look at new features added to the: UI, Architecture improvements, update functionality, and documentation fixes.

1.2 was really focused on improving the overall workflow and usability of Binary Ninja. If a tool has the most amazing feature in the world, but you can’t find it or it’s hard to use, the benefit can be severly impacted. Here’s a summary of the 1.2 improvements from the last stable to current.

Linear view now support hotkey navigation (works well with my preferred vim navigation settings), address-baesd comments. Previously comments could only be attached to functions, but now comments can be read or set from the binaryview. The UI will pick the appropriate API automatically, but if building plugins, be aware of those differences.

Another often-requested feature was the ability to select chunks of code in linear view. It’s currently limited to basic-block boundaries.

Cross references now support forward and backward references, combined with the better selection means you can quickly select a chunk of instructions and see both incoming and outgoing references. 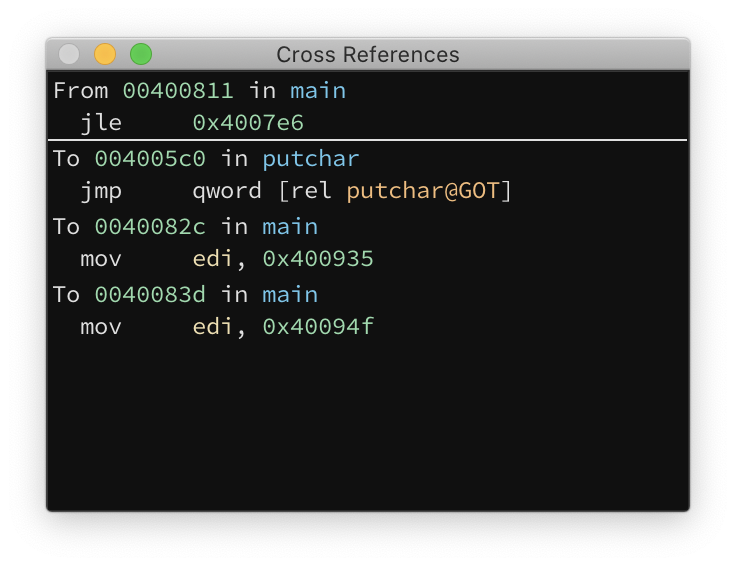 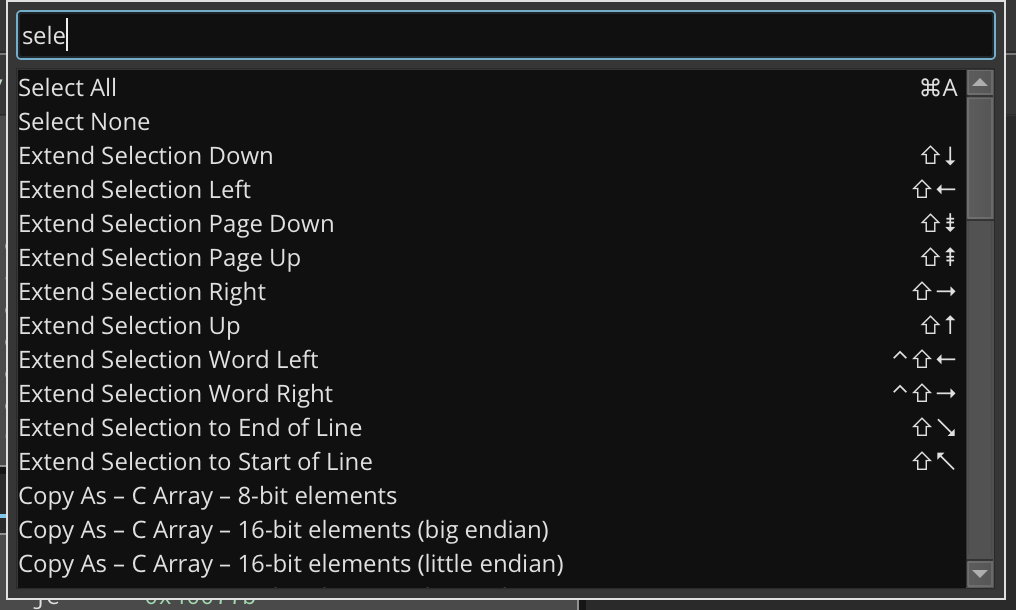 The command palette itself hasn’t changed, but as always, all new functionality described in this section of UI updates includes command palette entries making it even more useful.

The new expression parser supports a ton of useful features and is, as always, available from the API. 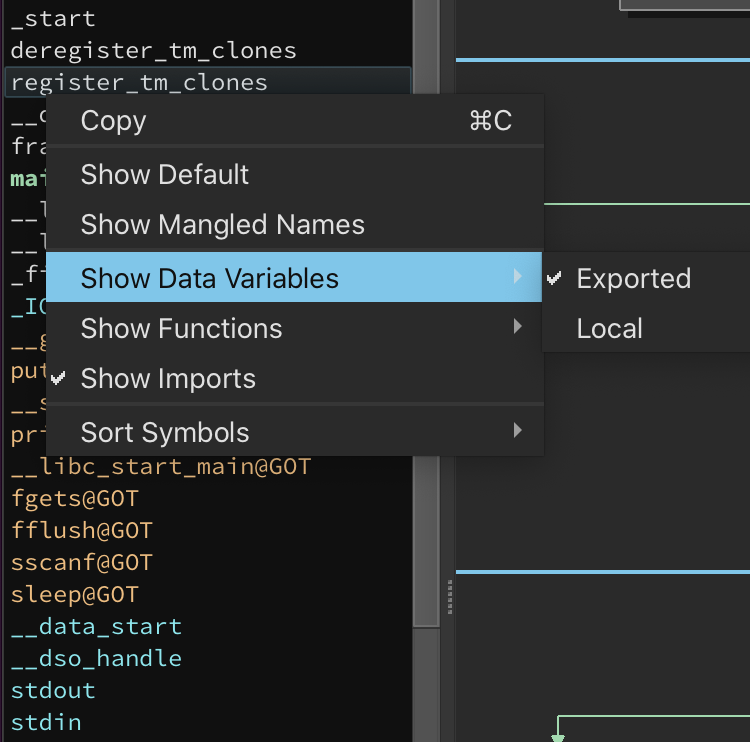 The built-in python console now supports tab-completion and it’s even more featureful than the normal python repl. On Python3 you’ll get function prototypes, the completion is smart about when it adds parenthesis to a call, and it will complete through most list lookups.